This guide provides assistance with resources and strategies for bankruptcy law research. The guide was adapted from a bankruptcy guide prepared by Jordan Haygood, a law student reference assistant at Oklahoma City University School of Law.

The laws that govern bankruptcy are primarily found in two different sources, namely the United States Code (U.S.C.) and the Code of Federal Regulations (C.F.R.).

The federal laws governing bankruptcy are found in the United States Code Title 11 and scattered throughout the Code of Federal Regulations.

Some landmark bankruptcy legislation, such as the Bankruptcy Abuse Prevention and Consumer Protection Act, requires execution via federal agency regulations. Agencies are often referred to as "regulatory" agencies, because they are empowered to create and enforce rules/regulations that execute the laws. Individuals and other entities can be fined, sanctioned, and criminally prosecuted for violating federal regulations. The LibGuide below will provide a more thorough explanation of administrative law and assist with the administrative law research process.

Several web sites allow you to track agency happenings, including rule-making processes, notices in the Federal Register, and agency decisions. Some of these web sites are listed below:

Regulations.gov - Promotes public participation in the regulatory process. Search proposed rules by agency and then subscribe to e-mail alerts when new notices are added to a regulation's "docket folder."

Sample History of a Bill becoming a Statute 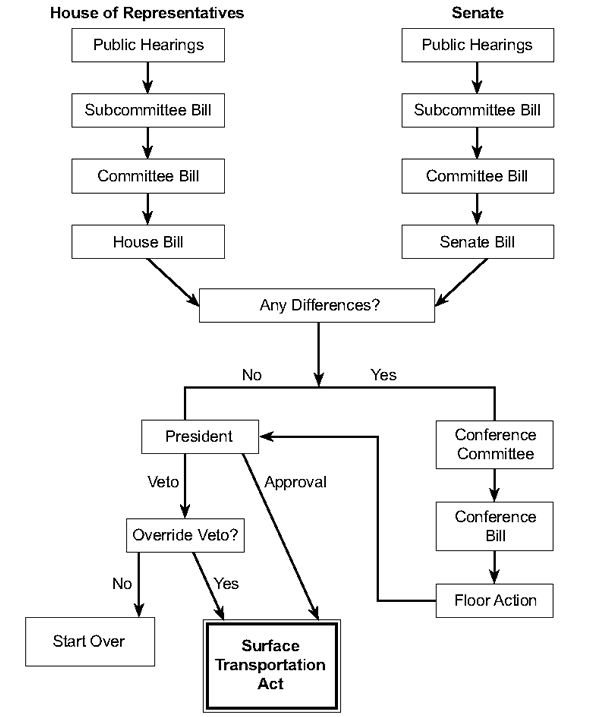 The 2006 edition of the U.S. Code is available in print on the second floor of the Law Library, KF62.A2.  For a  free download of Title 11, see the U.S. House of Representatives downloadable U.S. Code

Chapter 5 - Creditors, the Debtor, and the Estate

Chapter 9 - Adjustment of Debts of a Municipality

Chapter 13 - Adjustment of Debts of an Individual with Regular Income

Chapter 15 - Ancillary and Other Cross-Border Cases

Further information can be found on the following sites:

Westlaw U.S.C.A. (Paid Subscription; available in library to public patrons; students and faculty log in to your account)