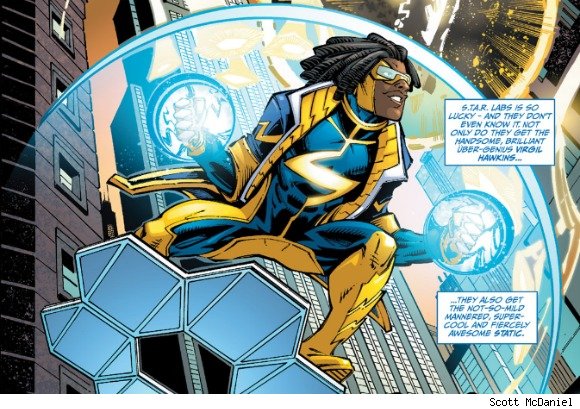 Static is a superhero with the power of harnessing electricity. A scientific genius, he uses his powers to fight crime on the streets of Dakota City, and later on, NYC. But his secret identity is Virgil Hawkins, high school student and intern at S.T.A.R. Labs.

While one source says that Static was named for the actual Virgil Hawkins, another says that the name was only a coincidence. In either case, it's nice to know that Virgil Hawkins is still out there fighting for justice!