Resources to help prepare for law school classes, exams, and the bar exam

Can you get a DUI on a skateboard?

Darin drank a few beers, then took his skateboard down to the corner store to pick up some more. On the way back, he swerved into the path of Nadine, who was riding a bike, causing a crash in which Nadine's arm was broken. A police officer was on the scene, noticed that Darin seemed intoxicated, had him do a field sobriety test, and arrested him for operating a vehicle under the influence of alcohol (DUI).

Looking at each of these points helps us figure out what questions to research. Was Darin's operation of the skateboard while drunk illegal? Was it legal for the officer to conduct a field sobriety test? Was the arrest made lawfully? Nadine can't prosecute on her own behalf, as that's the state's job, but can she bring a civil suit against Darin for her injuries? 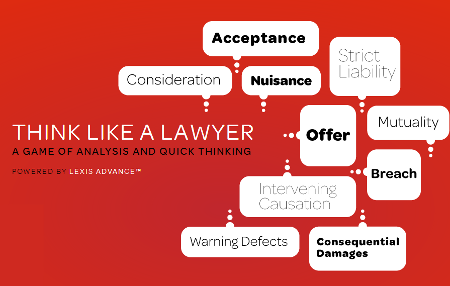 In order to figure out all the legal issues in a fact pattern, ask yourself the following questions:

Breaking a problem down like this will help you find issues, after which you can determine what should be explored in your answer. Keep in mind the following: